Sure there has been a lot of publicity lately about the new Star Wars, Toy Story and Avatar lands at Walt Disney World, but those expansions are still years away. 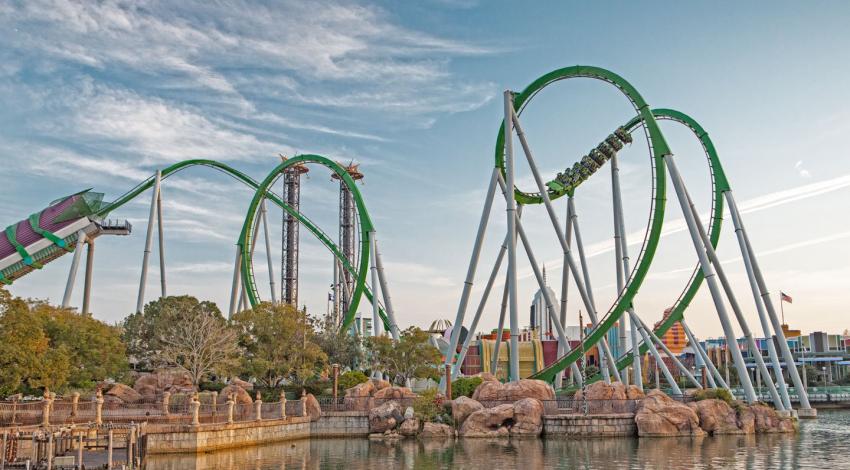 Sure there has been a lot of publicity lately about the new Star Wars, Toy Story and Avatar lands at Walt Disney World, but those expansions are still years away. Don't fret though, there is a lot happening between now and then, just next year there are several major new projects and refurbishments taking place.

Universal's popular coaster will be re-opening next year as B&M make substantial improvements to the attraction. The coaster will be getting new ride vehicles as well as "new enhancements to its storyline." It also seems likely that HULK's launch mechanism is being replaced and there will also be new in-queue and possibly in-tunnel on-ride effects. 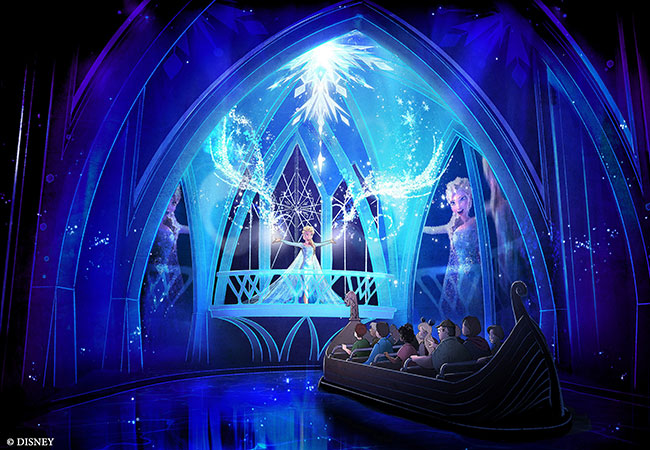 EPCOT will open a new "Frozen" ride in early 2016, called "Frozen Ever After." located at the former The Maelstrom ride, located in the Norway pavilion of the World Showcase. The new attraction will be based on Disney's popular animated film and will feature favourite characters and music from the film, all with cutting-edge technology. 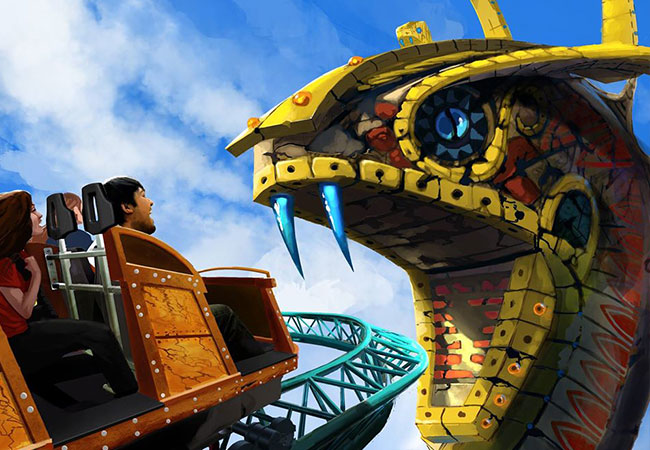 Busch Gardens Tampa announced plans for a new family thrill ride called Cobra's Curse, opening 2016. This spin coaster will be the only one of its kind in the world, featuring a vertical lift and taking riders on a whirlwind adventure of exciting explorations. Key features of the ride will include an 80-foot snake icon, a trek over the park's Serengeti Plain and the mysteries of an Egyptian archaeological excavation. 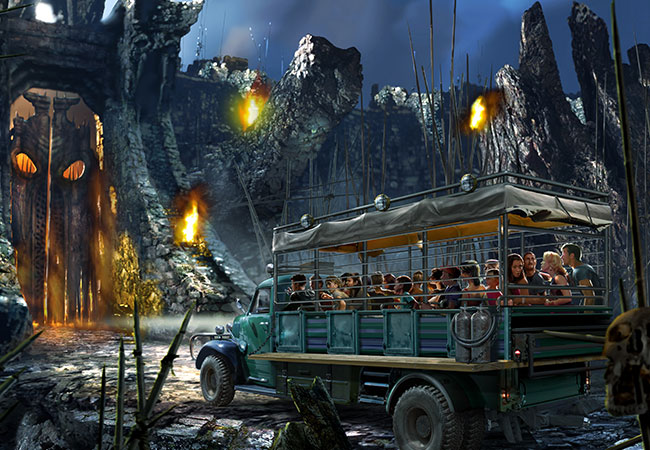 Back at Universal and we're also going to be seeing a new groundbreaking attraction opening in summer 2016. "Skull Island: Reign of Kong" will honour one of the most iconic monsters in movie history, King Kong. Guests will board large vehicles and explore ancient temple structures while encountering hostile natives and fending off unspeakable terrors. 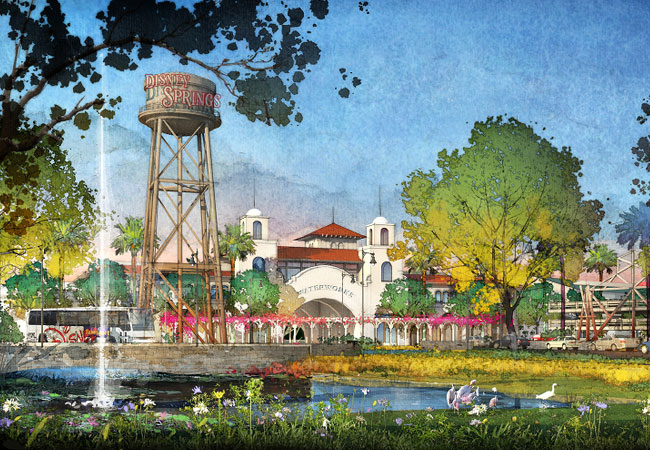 2016 will finally see Walt Disney World complete the multi-year transformation of Downtown Disney into Disney Springs. The massive update features an eclectic and contemporary mix from Disney and other noteworthy brands. The new expansion will double the number of shops, restaurants and other venues for guests to explore, to more than 150 establishments. New retail tenants include APEX by Sunglass Hut, Art of Shaving, Chapel Hats, Erin McKenna's Bakery NYC, Havaianas, Sanuk and Sound Lion. 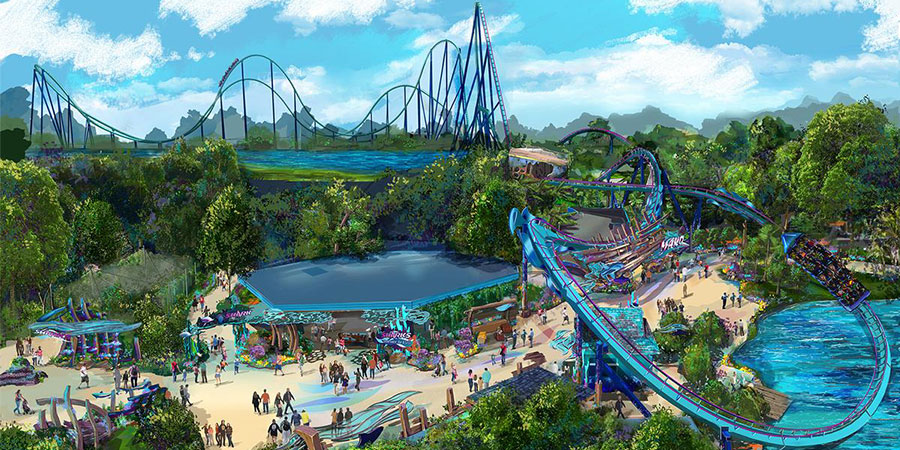 Not to be outdone, SeaWorld Orlando is opening a brand new, incredible looking, 200-foot-tall coaster. Named for one of the ocean's fastest known sharks, it will be Orlando's tallest, fastest, and longest roller coaster, reaching speeds of 73 mph as it races along 4,760 feet of steel track. SeaWorld's new hypercoaster will be the centerpiece of the newly themed two-acre plaza. The surrounding realm will be fully shark themed, providing guests with the opportunity to learn about the impact humans have on sharks and why these animals are critical to the environment. 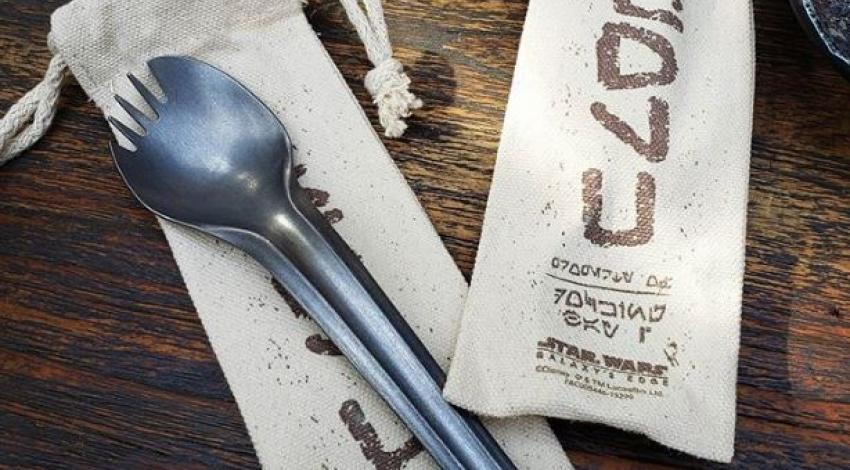