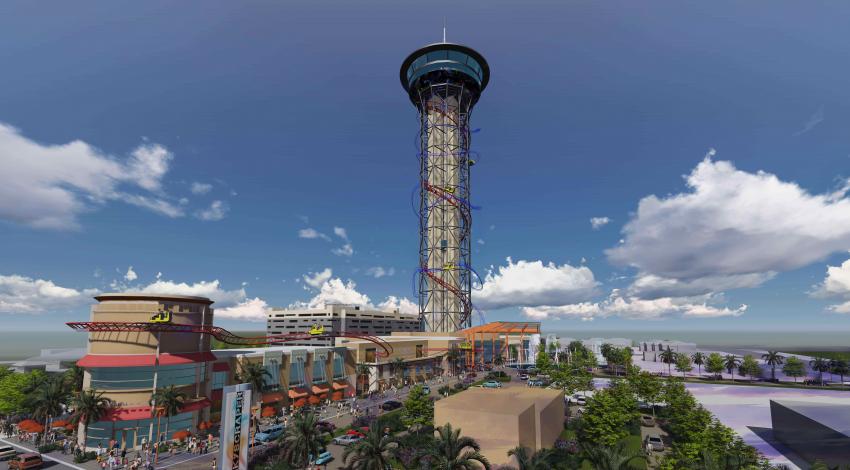 The much anticipated Orlando Skycoaster project which is hoping to open on International Drive hit a setback yesterday when Orange County’s planning and zoning board on Oct. 15 voted 4-3 against a recommendation of the $460 million Skyplex retail and entertainment destination. However, the decision does not mean the project is dead, as the Orange County commission still has to vote on the project at a December meeting.

The Skyplex project includes a 570-foot Skyscraper polercoaster, a 450-foot SkyFall drop tower, a state-of-the-art open-air plaza, the largest Perkins in the world, the SkyFly 600-foot zipline and a 350-room hotel. Wallack previously said the project would create a minimum 4,200 temporary construction jobs and 1,000 operational jobs.

The board expressed concerns about the height of the project, as well as preventing light pollution and the appearance of a glowing attraction in Orlando's night sky. That raised eyebrows, as some board members and Skyplex supporters said lighting is not an issue the planning and zoning is responsible for addressing.

More notably, Universal Orlando Resort continued to be the prime opponent of Skyplex, stating it supports the project, but not without a height restriction. Universal leaders also said they don’t think the project is “compatible” with the size and scope of I-Drive, and questioned the lack of a traffic study proving the tourist corridor could handle the new influx of visitors.

"It's competitive issues," Wallack said. "Universal's printing money right now. The people who got up there today sign the back of checks; I sign the front of checks. The people who spoke against my project, they get paid by Comcast — that's their job to come here to delay [my project]. They should be worried about Star Wars world and Disney redoing Hollywood Studios, which is going to kick their butt real good, not something on I-Drive with T-shirt shops and Perkins. I'm proud to say that we've designed a project they find competitive with Islands of Adventure."

Wallack said his next steps are to regroup and convince the Orange County commission of the value of his project. "I feel more confident than ever that we will leave the board of county commissioners meeting with our planned development approval," he said. 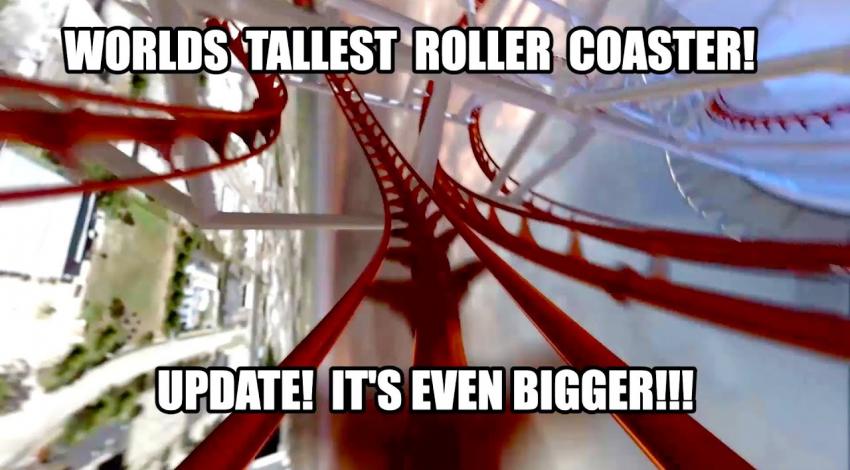